The best drink-free nights out in your city

While partying is undeniably a big part of the uni experience, there’s much more to a student’s nightlife than alcohol. After all, it’s all about having a good time and meeting new people (…and that small matter of getting a degree!).

In 2018, it was announced that one in five students were teetotal, which shows that booze is far from the ‘be all and end all’. Even if you’re not teetotal, there’s plenty of drink-free fun to be had in your university city – especially if you’re after a post-Freshers’-Week detox!

So, from Glasgow to Truro – and all the other Sanctuary Students cities in between – here are our top 8 drink-free night-out activities for you and your flatmates to get stuck into…

Going to a gig gives you a buzz quite like no other, and live music can definitely be enjoyed alcohol-free. If you’re a student in Manchester, you’re in luck! Music is the beating heart of the city, with the likes of Oasis and The Smiths having honed their craft in the various venues across the area.

There’s a vibrant live music scene, with nightly gigs and genres to suit all tastes. And the student area of Oxford Road is home to some of the city’s best live music venues – from Deaf Institute to the Manchester Academy. Liverpool and London also have thriving music scenes, with venues around every corner. You never know, you might discover the next Beatles… 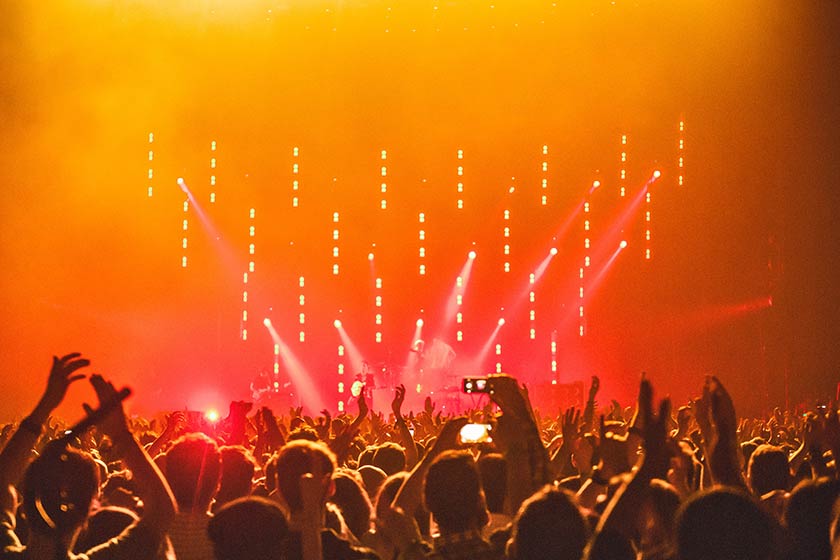 Recent years have seen the rise of the ‘activity bar’, where you can enjoy a night out while doing something other than drinking. Of course, you can get alcohol involved, but it’s not a prerequisite as there’s usually a tasty array of mocktails on offer! We love Globalls in Brighton, Junkyard Crazy Golf in Manchester, Liverpool and London, and Flight Club (darts bar) and Bounce (table tennis) in London.

What’s more, head over to Level Preston, where you’re spoilt for choice – this huge entertainment venue offers bowling, crazy golf, laser quest and darts. Such a selection of alcohol-free activities is fitting, as the term ‘teetotal’ was actually born in Preston.

Swapping a bar crawl for a food crawl around your city is an especially fun idea for freshers who are new to the area. Why not do a curry crawl around Britain’s Curry Capital, Bradford? The popular MyLahore restaurant is a hop, skip and a jump from Wardley House student digs.

Not to be left out – Manchester’s famous Curry Mile in Rusholme is a mere 20-minute walk away from our Oxford Road student accommodation. Last but not least, you could make it your mission to find the best fish and chips in Falmouth…

Another awesome way to spend a booze-free night out is going to your local theatre. Two of our Sanctuary Students locations are close to some perfect venues – visit the Royal Shakespeare Theatre in Stratford-upon-Avon, or check out the Minack Theatre in Cornwall, an open-air theatre carved into the side of a cliff. Pretty cool, right?

It’d be remiss not to mention London’s West End, and Student Beans offer a generous discount on the latest shows and musicals.

5. Get your skates on

What’s more, Bradford Ice Arena is literally around the corner from our Wardley House student flats! Here, you can try out your skills on the ice or watch an exhilarating ice hockey match or skating show (remember to bring your woolly hat!).

With Christmas a mere 12 weeks away (eek!), you’ll see temporary ice rinks pop up around your cities. Look out for the one at the National History Museum in London and the Eden Project in Cornwall (calling all Truro and Falmouth-based students!). 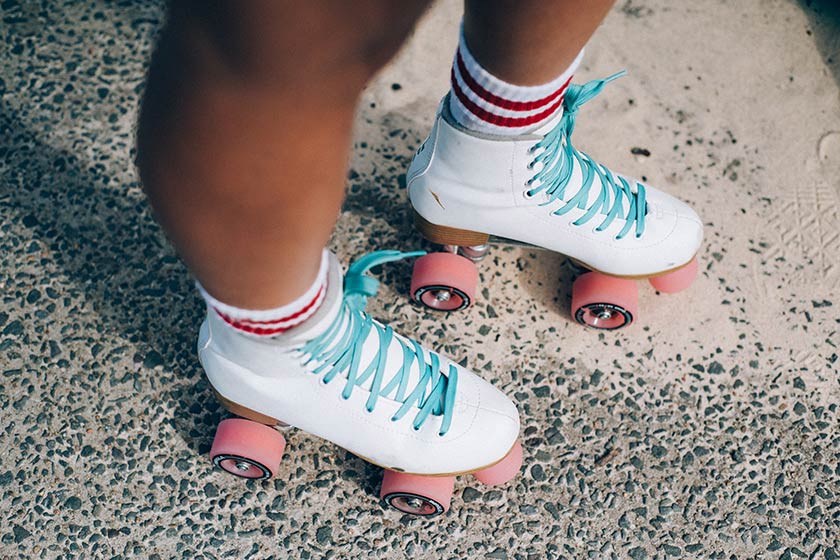 Going to a comedy night is a great icebreaker with your new flatmates – no alcohol required! If you’re a student in London, check out the Top Secret Comedy Club in Convent Garden, with students being eligible for free tickets. Venturing up north, Liverpool Comedy Cellar is a brilliant comedy club on Hardman Street in Liverpool that takes place every weekend at Magnet bar.

Manchester has a strong tradition of student comedy, with students putting on their own shows and forming sketch groups while at university. The big comedy venues are The Comedy Store on Deansgate Locks (with £3 student entry on the door), and Frog and Bucket at the top of Oldham Street in the Northern Quarter, which is famous for its ‘Beat the Frog’ competition – impress or be voted off stage!

Bowling is a great way to socialise with your new uni friends, with some healthy competition. Tenpin bowling centres have 50% off for students on certain nights and can be found in Manchester, Glasgow, and in various locations in London. Hollywood Bowl can also be found in Bradford, London, Liverpool, Glasgow and Manchester. 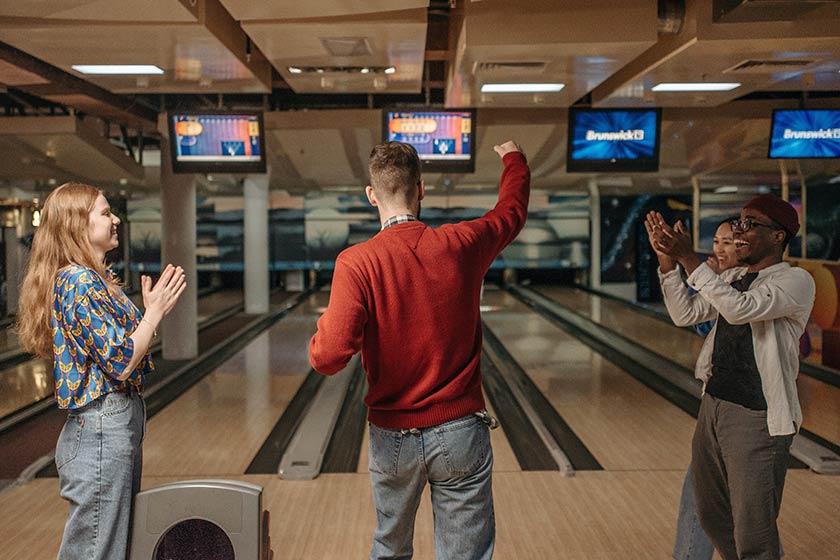 8. Swap Netflix for the silver screen

You can’t go wrong with a trip to the cinema – especially now the latest Bond film is out! If you have an NUS Extra card, you can get an extra 25% off student prices at Odeon cinemas on Mondays to Thursdays. Or if you want to treat yourself, bag a sofa at the Everyman cinemas in Liverpool, London, Stratford-upon-Avon and Glasgow.

We’re here for you!

As you’ve seen, there is plenty of fun and creative nights out to be enjoyed without the company of alcohol. While lots of students enjoy a drink, there’s no harm in taking some nights off or even going completely teetotal – after all, you don’t need to drink to have a great time!

This is especially meaningful for first-year students – going to uni can be a nerve-wracking time, on alcohol to cope can lead to wider problems. Read more from Drink Aware.

If you do feel anxious or homesick, it’s important to know when to ask for help. Don’t suffer in silence – talk it through with someone. Whether it’s a friend, family member, your GP or university tutor, sharing your feelings will help in the long run.

There are plenty of avenues of support you can turn to, including our Student Advice Line from our partners at Health Assured, which is open day and night, 365 days a year, and everything you discuss is kept confidential, so there’s nothing to worry about. Call the freephone number on 0800 030 5182 – we’re here as often as you need us, for as long as you like.