8 things you didn’t know about Liverpool

Long held as one of the UK’s most impressive cities, the rich history that stretches from King John to The Beatles can be found wherever you look. Liverpool is home to roughly 70,000 students and is by far one of the most loved student cities in the UK, thanks to its affordable living and buzzing nightlife.

But the city we know and love to be a hub for rising stars and historical intrigue had surprisingly humble beginnings. The name ‘Liverpool’ is thought to derive from the medieval words ‘lifer pol’ – meaning ‘muddy pool’. Before the founding of the port of Liverpool in 1207, Liverpool was simply a tidal pool and possibly a small hamlet next to the River Mersey!

Intrigued? There are plenty of quirky and astonishing facts about this stunning city, and we’ve listed eight of them below that are sure to entertain your visiting family and friends or even introduce you to your favourite weekend spot for exploring.

1. Liverpool holds the Guinness Book of Records title for being the Capital of Pop

We’ll start with one some you may already know – Liverpool was the birthplace of The Beatles, and home to the famous Cavern Club, where they played 299 gigs! People even used to grab a drink at the club during their lunch hour and listen to the band play. The Cavern Club is still an icon for famous pop stars around the world, and – bonus – it’s located just 10 minutes away from our Marybone 1 accommodation. Could you discover the next Beatles-esque group? 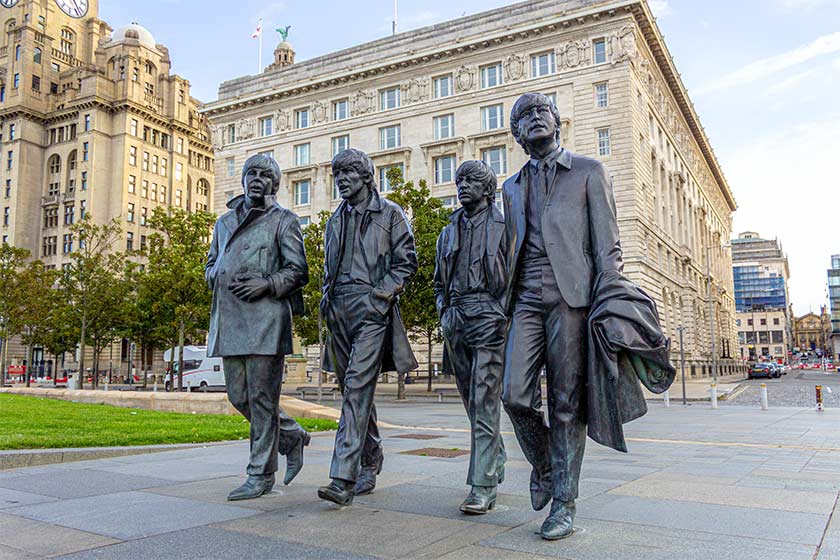 2. Liverpool is the most successful footballing city in England

Red or blue? We won’t judge…

Home to premiership teams Liverpool FC and Everton FC, the city of Liverpool can proudly lay claim to a host of league championships, European Cups, UEFA Cups, FA Cups, League Cups, a Cup Winners Cup and even a FIFA World Cup! A visit to Anfield or Goodison Park – or both – may just be in order this semester.

3. Liverpool has the biggest concentration of museums in the UK outside of London

Not only is Liverpool a museum hotspot, it’s also home to some of the best in the country – including the only museum in the world about slavery, and the new Museum of Liverpool, which is the world’s first national museum dedicated to the history of a regional city. National Museums Liverpool also houses the greatest number of artefacts collectively held under single ownership in the country. Phew!

Each of these museums is a maximum of a 20-minute walk from our Marybone accommodation. Our favourite exhibits include the Ringo Starr T-Shirt Display at The Beatles Story and Aliza Nisenbaum’s portraits of Merseyside NHS Key Workers at the TATE Liverpool. 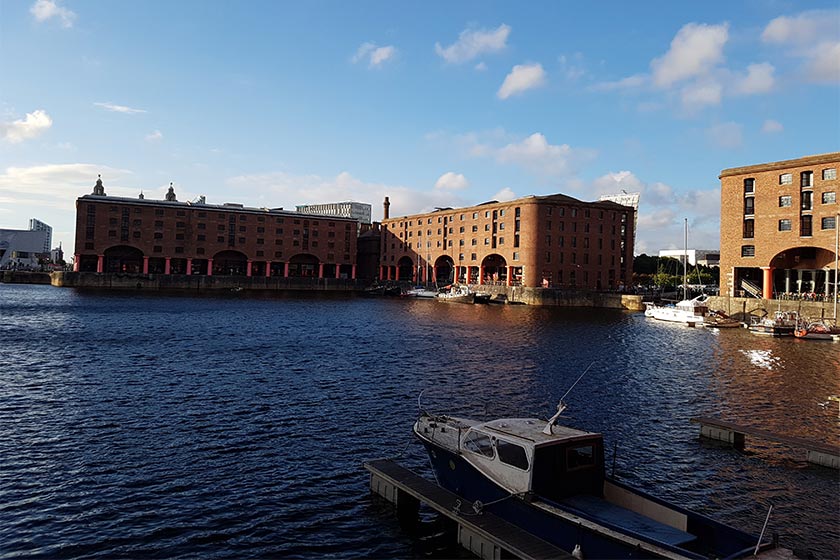 4. The library was invented in Liverpool

If we asked any student what their favourite building is, we’re sure we’d know what they’d say…the library, right? Well, bibliophiles, rejoice! The first-ever lending library was the stunning Grade II neo-classical Lyceum on Bold Street, and the recently renovated Picton Reading Room in Liverpool’s central library is thought to be one of the most beautiful libraries in the world.

5. Liverpool is ‘the gay centre of the North’

As we talked about in our blog post during Pride Month, Liverpool has been home to many ‘firsts’ for the LGBTQ+ community – including Britain’s first transsexual, April Ashley, in 1960, the UK’s first-ever televised gay wedding in 2001, and in 2012, Liverpool Football Club became the first premier league team to support a pride event – members of staff marched alongside fans with flags provided by the club.

Yes, you read that right! King John – aka the villain in Robin Hood – founded Liverpool in 1207 to avoid paying tax to the Earl of Chester whenever he wanted to travel to Ireland (to attack them). That’s not quite at the same level as King Henry VIII creating a whole new church for a divorce, but it’s up there!

7. The Liver Birds are called Bella and Bertie – can never face each other, and were meant to be eagles

When King John created Liverpool, he asked that an eagle be the symbol for Liverpool – except that no Liverpudlians knew what one looked like. Based on King John’s description of them as a ‘bird with talent’, they came up with the liver bird, which looks something like a cross between a duck and a seagull – talented, indeed!

Bella and Bertie, by the pier, are the two largest liver birds in Liverpool and, legend has it, that if they ever face each other, Liverpool will crumble into the sea and be destroyed! 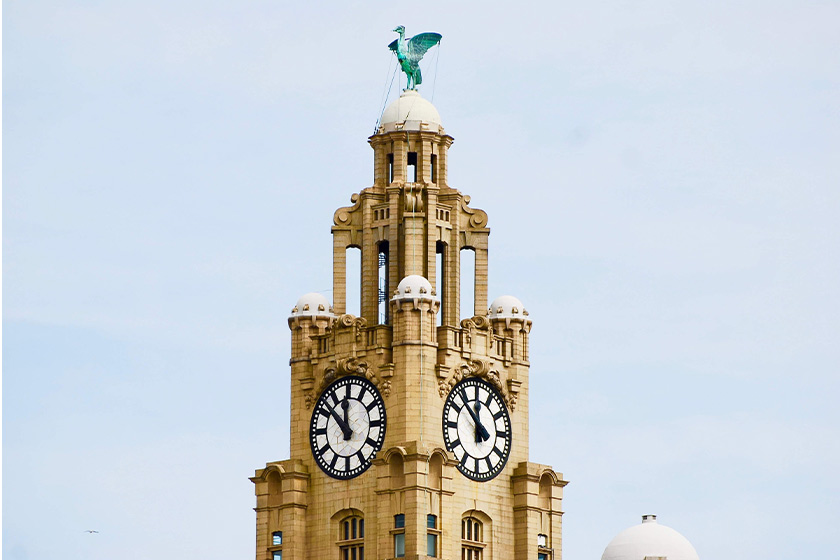 8. Liverpool has Europe’s longest-established Chinese community – Shanghai is twinned with Liverpool, and gifted the city Europe’s largest Imperial Arch, which is the entrance to the city’s Chinatown

Who else loves a Chinese takeaway? You’re sure to find a good one in Liverpool – as home to Europe’s longest-established Chinese community, the city was gifted Europe’s largest Imperial Arch from Shanghai (twinned with Liverpool). This impressive structure forms the entrance to the city’s Chinatown – a 25-minute walk from our Marybone accommodation and a mere three minutes from Grenville Street!

As one of the most historic cities in England, there’s so much to discover while living and studying in Liverpool – if you want to find out even more, be sure to take a look at our City Guide. From buzzing nightlife to history and culture in every corner, Liverpool promises to make your student experience truly unforgettable!

On the hunt for student accommodation in Liverpool? Look no further than our four fabulous student properties – three ‘student villages’ on Marybone, as well as one on Grenville Street South.

All our rooms come fully kitted out with a comfy bed as well as a study area and plenty of storage space. By choosing to live with us, you’re guaranteed to find a welcoming, friendly team, great facilities, and a jam-packed events calendar, so you can make friends and settle in quickly.

Join the huge student community in Liverpool at one of our properties – find out more. If you’d like to give us a try before you buy, why not pop along, and let our amazing team show you around? Arrange a viewing using our online form.