7 worldly weird ways to ‘get into Christmas’

Ah, Christmas! That ‘most wonderful time of the year’ is almost upon us, and it no doubt conjures up fond memories of festive traditions that you’ve taken part in – year in, year out – since you were a child! Many of us take our Christmas rituals for granted, but have you ever wondered what merriment takes place in other countries at this time of year?

Perhaps some are already on your radar, having befriended people from other parts of the world in your student accommodation, or from previous foreign travels. Either way, we’ve rounded up our top 7 weird and wonderful global traditions to give you some inspo!

1. Guatemala: Get your cleaning game on

Now that lectures are out for 2021, you’re running out of excuses not to don the Marigolds and tackle that backlog of cleaning – eek! If you were to live in Guatemala, a pre-Christmas sort-out would actually be a thing…

Guatemalans believe that evil spirits dwell in the darkness and dirt, and so they pile all their rubbish on a bonfire – La Quela del Diablo (Burning of the Devil) – with a devil effigy on top, strike a match and…whoosh!*

2. South Africa: Colin the caterpillar, anyone?

For those who balk at the thought of forcing down a Brussels sprout or who follow a plant-based diet, this next tradition might not overly appeal to you, so feel free to say: ‘Thank U, next’…

Many South Africans traditionally fry up nothing other than Emperor Moth caterpillars to get their festive protein fix! Served up on Christmas Day, it’s believed that by tucking into them, you’ll receive good luck in the new year. Not sure about you, but a mince pie sounds a lot more appealing…

Iceland might just be the best place to (pretend to) be if you’re a book-lover. Christmas Eve heralds the start of jólabókaflóð (roughly translated as ‘Christmas Book Flood’), which came about when paper was one of the few things that wasn’t rationed during World War II. While many commodities were in short supply, the Icelanders were nevertheless able to gift books a-plenty, and so began the cultural festive phenomenon of dedicating the whole of Christmas Eve to reading – what bliss!

If you happen to be part of a household of lit-lovers, has it occurred to you to start a flat book club? What better way to keep yourselves entertained and while away these wintry nights? 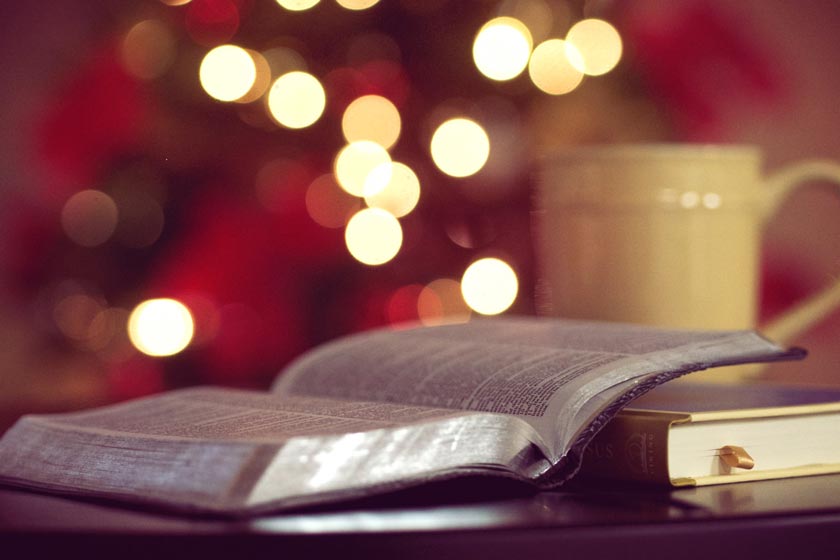 It’s fair to say that a lot of students love nothing better than grabbing some fast food for a relatively cheap food fix that hits the spot, so this surprising Far East tradition might just be one you’ll be adopting. And anyway, who wants to go to the effort of being a slave to the stove?

Back in the 70s, American fast-food outlet KFC released a rather clever Christmas campaign slogan: ‘Kurisumasu ni wa kentakkii!’ meaning ‘Kentucky for Christmas!’, which then set off a finger-lickin’ festive Japanese tradition for Christmas Eve! Yes, no word of a lie, families all over Japan have placed their orders for Christmas party buckets ever since. Deliveroo, anyone?

In Ukraine, a Christmas tree decked with cobwebs is as standard as tinsel and baubles here in the UK.

This curious yet heartwarming tradition stems from folklore, where a widow didn’t have enough money to buy decorations for the family Christmas tree. However, on Christmas Day morning, she and her children woke up to find their tree covered in delicate, sparkling cobwebs, as some kindly spiders had taken pity on her. And when the first light shone on the cobwebs, they turned to silver and gold, and the family never wanted for anything ever again – ahh! 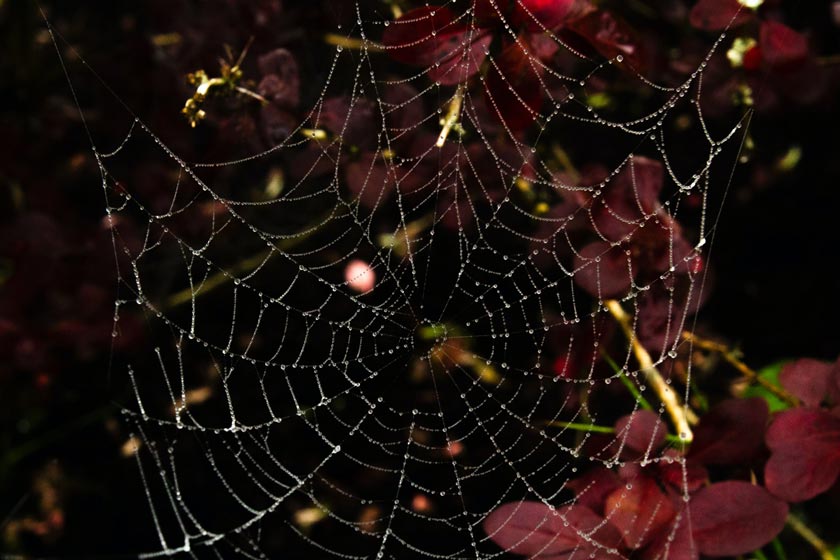 6. Venezuela: Quick! Get your skates on

We rather like this one, and we think you will too. In the week leading up to Christmas, hundreds of people in Venezuela flock to early morning mass in the capital, Caracas. However, they don’t get there by car or on foot, as such, but…by roller skates!

This festive tradition is taken extremely seriously, with many roads remaining closed until 8am to allow worshippers to effortlessly roll up to their service. The TikTok fans among you might even wish to learn a new skill or brush off those old skates and get creating some skating footage to upload!

Finally, we have a rather more cute tradition to share with you. When German families decorate their Christmas trees, the ornament that’s left until last is none other than…a Christmas pickle! No, not a gherkin, but some sort of glass ornament that’s been passed down through the family. Tucked away out of sight, the first eagle-eyed child to spot it on Christmas morning is given a special present and is said to have good luck for the whole of the following year. Frohe Weihnachten!

On the topic of food (our favourite!), we hope you all enjoyed getting your bake on and rustling up some delicious cookies recently as part of the Sanctuary Students Big Night In!

As they say, every day’s a school (uni!) day, so we hope you enjoyed reading about how other parts of the world enjoy celebrating the arrival of Christmas – even if some of the traditions seem a bit out of the ordinary! However and wherever you’re choosing to spend the festive period, remember that with Covid cases on the rise, safety remains the ultimate priority. With our festive inspiration, though, we’re sure you’ll still have a great time!